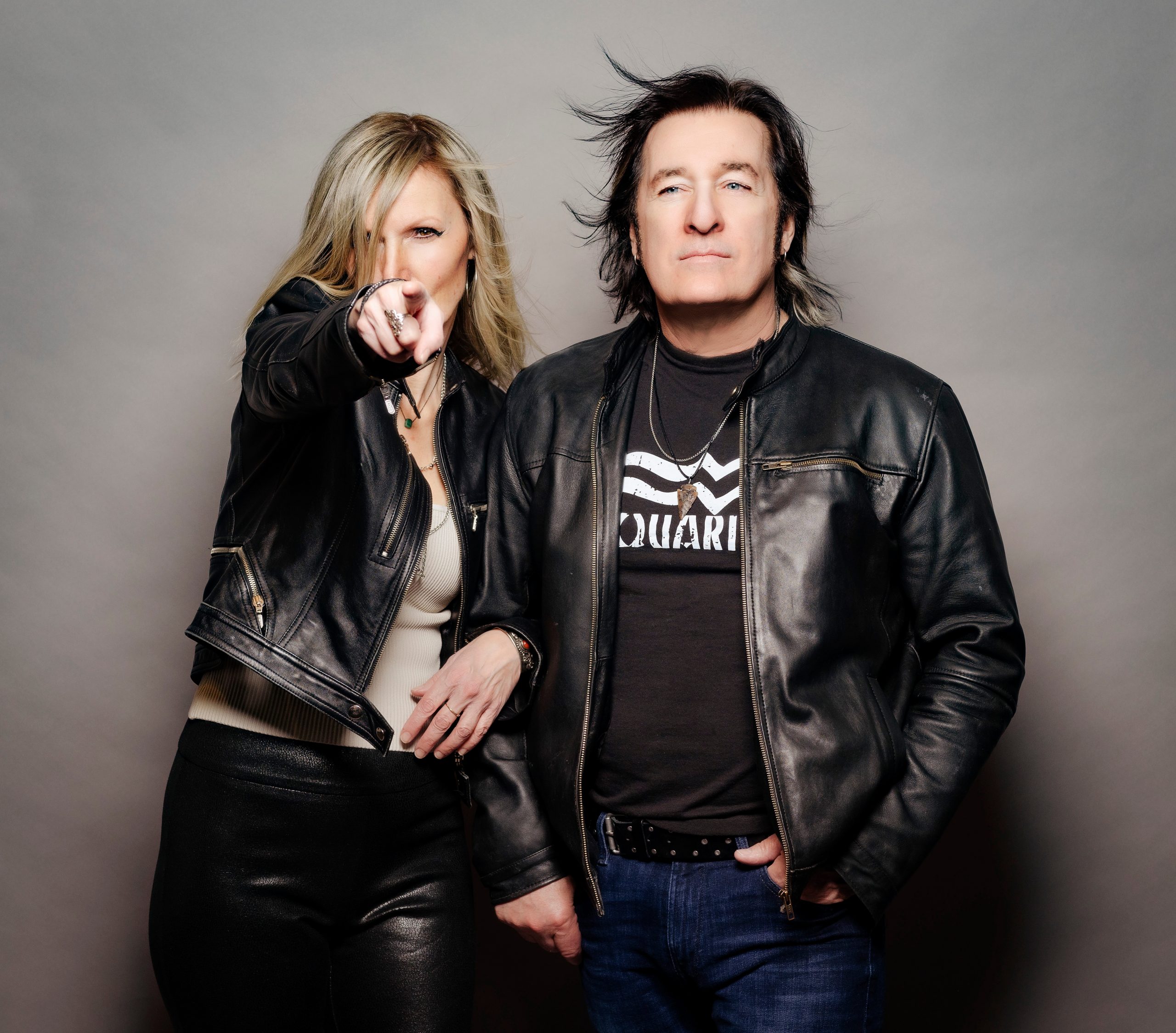 With seven albums and numerous featured tracks in movies and television under their belt, Universal Honey has been a mainstay in Canada’s music scene.

​Universal Honey was formed by the platinum recording artists Johnny Sinclair and Leslie Stanwyck after playing in the Canadian band The Pursuit of Happiness (“I’m an Adult Now”/Chrysalis Records).  They recorded two albums with TPOH (both produced by Todd Rundgren), Love Junk achieved Platinum and One-Sided Story achieved Gold.

During this time Sinclair and Stanwyck started a song writing partnership that has spanned across three decades, 100+ tracks and hundreds of gigs across North America.  Sinclair and Stanwyck have put out an astonishing 7 albums, all as independent artists.  USA Today music writer, Ken Barnes, said the UH album “Vicious Circles” contains “Straight forward melodic delights that have been in sadly short supply so far this century.”

With more than 10 singles receiving airplay, and numerous song placements appearing in film and TV scores, Universal Honey won a CASBY award as Best New Group.  Professionally, they have shared the stage on major U.S. and European tours with the likes of the Goo Goo Dolls, Duran Duran, The Eurythmics and many more.

In 2003, they recorded and released a Christmas Album with 11 original tunes that still receive holiday airplay in the US, Canada, and Europe. Rock ’n Roll Hall of Famer Ronnie Spector covered “Best Christmas Ever” for her 2010 holiday record.

Universal Honey’s “relaunch” began unfolding two years ago, with the first digital issuance of their estimable Magic Basement debut. A lush, orchestrated power pop release that reflected all of Sinclair & Stanwyck’s musical influences and they were joined with performances by some of Toronto’s finest rock talent.

Magic Basement yielded the indie hit “Just Before Mary Goes,” whose popularity resonates even today, thanks to an appearance on the Girls Go Power Pop (2020) compilation on Ace Records UK and airplay on The BBC.

Also, during this time, Universal Honey found themselves creatively recharged, taking advantage of unanticipated downtime from other musical projects to start their own production house and record label, Honeytunes.  Honeytunes released all 7 Universal Honey albums to streaming and digital platforms in sequential order over a 2-year span.

While celebrating Universal Honey’s past with archival performances streaming on the band’s social media platforms and webpages, Sinclair and Stanwyck were also creating new music.  As a result, they released the single “Just Like U” in October 2021 which peaked at #4 on the IMC Chart (Sirius/XM).

At the beginning of 2022 Universal Honey started writing for a new album and emersed themselves in the studio.   They added musician, producer, and mixer Dan Marfisi out of Los Angeles (Poe), who they met at the Buzzardfest radio festival in Cleveland years prior.  Dan added additional keyboards, guitar, and some other treats, and finished mixing the album.  The new album is upbeat, with a fresh, modern Universal Honey sound, that newcomers and old fans alike will enjoy.

2022 is a special year as Universal Honey celebrates their 30th anniversary!  What better way to celebrate this amazing achievement than releasing new music?  Universal Honey are set to release a new single on July 22th, with the full album to follow. They are excited to get out and perform later this year in support of their new album.